The city of Kolkata is a growing metropolis. Real estate development is indicative of infrastructure development in a metropolis. As the state capital, Kolkata offers ample employment opportunities for people living within and outside the city. The city therefore experiences a lot of outsiders settling due to work commitments. There is an increasing demand for residential properties. To accommodate the growing numbers, the city is gradually expanding its boundaries.

The cityscape of Kolkata in 1988 and in 2018 is vastly different. In the last 30 years, it has grown tremendously. In the early days, localities like Garia or Narendrapur used to be considered as far-flung villages. Today, they have emerged as thriving neighborhoods boasting of high-scale residential projects. Much of the credit for this goes to the extension of Kolkata Metro Rail. As the city transport system expands into different locations, real estate builders are also encouraged to start new projects in these neighborhoods.

Kolkata is the first city in India to have achieved the Metro Railway as a means of public transport. The transit system was inaugurated in 1984 with partial services running between Esplanade to Bhowanipore (Netaji Bhavan) and DumDum to Belgachia. Over the years, the metro route saw expansions being made slowly and gradually. By 1995, Kolkata Metro covered the whole distance between Dum Dum to Tollygunge. During this period, localities in close vicinity to the metro corridor saw some rapid real estate development. Areas like Maidan, Park Street and Esplanade became the major business district of the city. Neighborhoods close to Bhowanipore, Kalighat and Tollygunge witnessed the development of many new residential projects.

Between 2009 to 2010, the metro route was further expanded from Tollygunge to Garia Bazar and then New Garia. As a result, remote neighborhoods like Bansdroni, Naktala, Garia, Boral and Narendrapur became well connected to the main parts of the city. Located in the outskirts, these neighborhoods had large acres of land easily available for residential development. Real estate builders of the city took advantage of this situation, and many residential buildings started cropping up in these areas.

Today, several residential complexes are being developed in Garia, Patuli, Narendrapur, Rajpur, Sonarpur, and nearby localities. There is a new metro rail corridor currently under construction between New Garia to Dum Dum Airport. This extension goes through EM Bypass, Salt Lake Sector V and New Town. Thanks to the upcoming metro, areas like Mukundapur, Kalikapur, Ruby, VIP Bazar, Science City, Beliaghata, Chingrighata, Salt Lake and New Town have become sought-after locations for real estate development. From residential complexes to business parks, most of these upcoming projects are being built in close vicinity to the metro route. 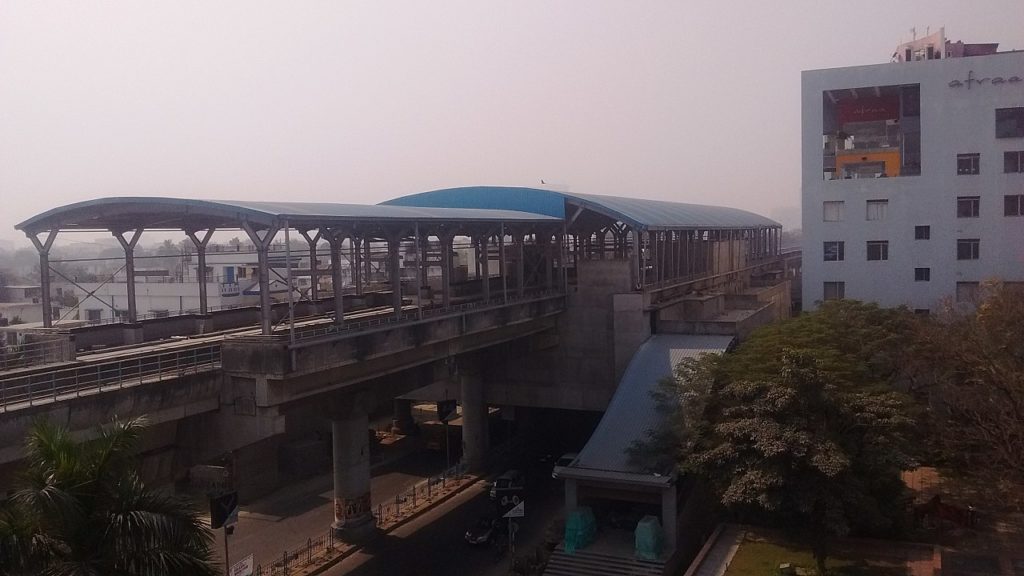 The EM Bypass stretch between New Garia to Science City has emerged as a favorite location for luxury residential projects. In addition to the metro rail advantage, these localities are also close to reputed hospitals, renowned schools and a few shopping malls. Top real estate companies like Ambuja Neotia, Bengal Peerless, Sugam Homes, Forum Group, Eden Group and other leading names have several ongoing and upcoming projects planned in these neighborhoods. The expansion of Kolkata Metro has indeed contributed immensely and continues to do so in the rapid growth of the city of Kolkata.

One Reply to “Kolkata Metro impact on real estate growth”