A tribute to the legacy of Charles Correa

Home / Blog / Corporate / A tribute to the legacy of Charles Correa

A tribute to the legacy of Charles Correa

What could be the best tribute for a genius? It is, perhaps, to spread his words, ideologies and uphold the principles he stood for. That’s exactly what the Ambuja Neotia Group has been doing for the past three years, commemorating one of the master architects of post-Independent India — Ar. Charles Correa.

Held every year since 2016, to mark the death anniversary of the visionary architect, the Charles Correa Annual Memorial Lecture is organised by the Ambuja Neotia Group along with the architecture-fraternity of Kolkata at Royal Bengal Auditorium, City Centre Salt Lake, in the presence of eminent guests and delegates.

The Memorial Lecture is an attempt not only to recall the contributions of the man “known for his adaptation of Modernist tenets to local climates and building styles” but also to encourage research and practice of his values in architecture throughout the year. Hence, each of these lectures has seen leading architects from across the world come together for exchange of ideas to enlighten students of architecture. The idea is to expose the fraternity to the global thought leaders who are making a difference in the world’s sustainable architecture.

This year, the Memorial Lecture will be graced by Ar. Yung Ho Chang from Beijing and Ar. Sanjay Mohe from Bengaluru. 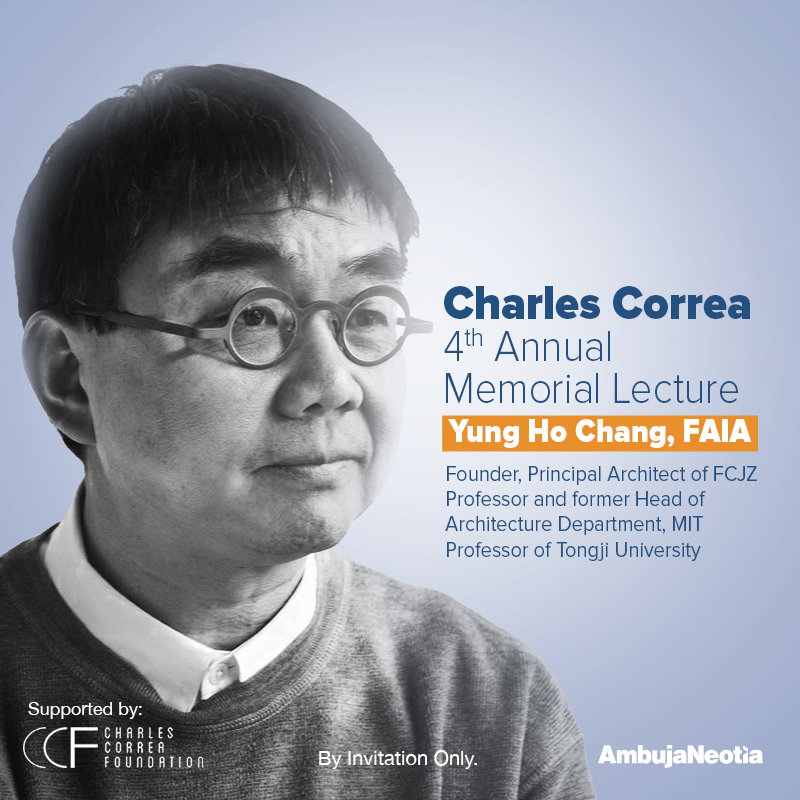 Ar. Yung Ho Chang, educated both in China and the US, is the recipient of several prestigious awards such as Progressive Architecture Citation Award, the UNESCO Prize for the Promotion of the Arts, and the Academy Award in Architecture from American Academy of Arts and Letters. He has participated in many international exhibitions of art and architecture, including the Venice Biennale for six times. Ar. Chang has also taught at various architecture schools in the USA and China. 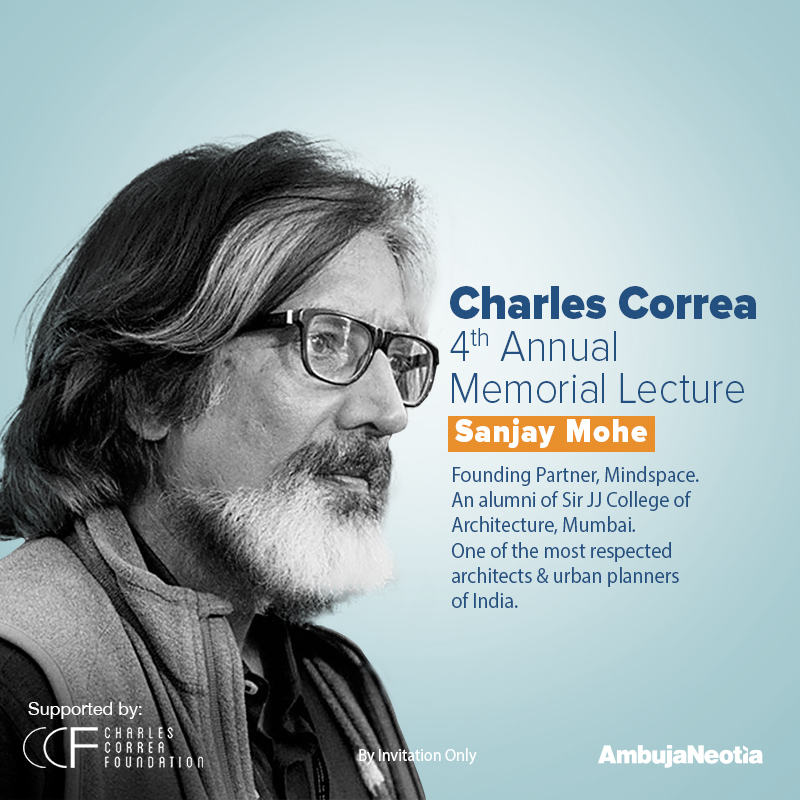 Ar. Sanjay Mohe had a working association of 21 years with Bengaluru’s Chandravarkar and Thacker Associates, stints with Ar Charles Correa in Mumbai and Saudi Arabia. His work spans a spectrum of projects like research laboratories, knowledge parks, campus designs, beach resorts, libraries, corporate offices and residences. Some of the awards won include The Golden Architect Award by A+D, The J K Cements Architect of the Year Award, The Award of the Journal of the Indian Institute of Architects and Gold Medal from ARCASIA (the Asian Forum for Institutes of Architecture-1998).

Ar. Charles Correa is one of the few contemporary architects who not only excelled in architecture but also interpolated the causes and functionalities of low-income housing and urban planning into the folds of commercial architectural ethos. Charles Correa’s oeuvre and life work were about giving expression to his ideas. All his work consisted of ideas moulded by both his aesthetic and visual sensibility as well as his understanding of the cultural, political, social and economic realities of India.

This world-class architect, urban planner and activist had a special relationship with the Ambuja Neotia Group and Kolkata. It was a natural bond that grew out of a shared philosophy of environment-friendly and sustainable architectural development.

Ar. Correa’s connection with Kolkata is unique and deep. He exclusively designed the City Centre in Salt Lake, a project by the Ambuja Neotia Group. Mr. Harshavardhan Neotia shared a special bond with the architect and when the two visionaries met, they carved the mall out in such a way that it reflects lifestyle, thoughts and culture of the people of Kolkata.